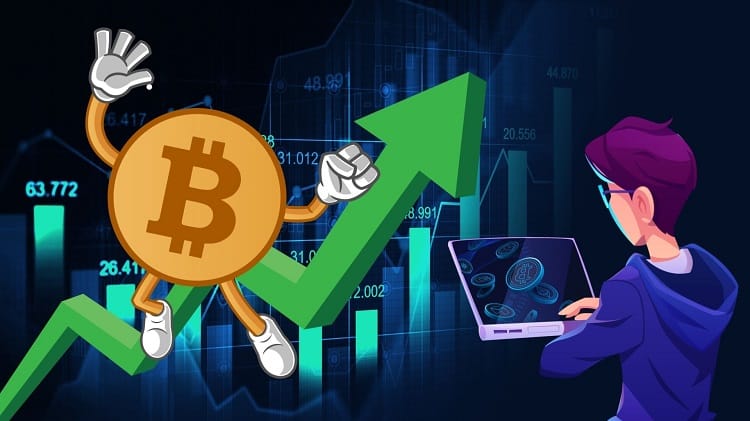 Bitcoin is the world’s largest cryptocurrency in market capitalization that has managed to maintain an all-time high price. When it was first launched in 2009, it was used as digital money for economic fringes. Still, gradually after that, it became one of the mainstream finance options for many, and presently it is being used as the scarce “digital gold”.

The COVID-19 aftermath has resulted in crashing down economies all over the world. To combat the risks of such economic collapses, governments worldwide started flooding the global financial markets with money created by central banks. But unfortunately, the initiatives did not succeed as they were expected. Instead, the increasing money supply to the economy eroded its value that led people to look for other inflation-resistant assets that they can hold. Bitcoin came as a rescue; it gradually became an effective hedging option against inflation and poor returns on other asset types.

The maximum supply of Bitcoin is hard-coded by the Bitcoin protocol that cannot be altered, which in turn creates artificial scarcity that puts Bitcoin into rising value over time. It has a fixed supply that can not be impacted by inflation or political imbalances.

Bitcoin’s price increased from $12,900 to over $19,000 in just one month in October 2020, making people believe about the new all-time high record the cryptocurrency would make. But a sudden price-drop of the world’s largest cryptocurrency shocked investors and forced the market analysts to look for the factors that contributed to such a sudden price drop. The Bitcoin price crashed overnight and dipped by 11% in 24 hours instead of reaching its all-time high as expected by investors. Fear, doubt, and uncertainty were cited as the preliminary causes for the market crash, mostly the psychological barrier of the ‘all-time high’ $20,000 mark, breaking which requires real momentum.

While there was no clear-cut industry consensus on the factors that caused the pullback in Bitcoin price, there were plenty of legit suspects to consider for Bitcoin’s latest price fall from grace.

Large-scale mining pools have allegedly started sending huge amounts of Bitcoins to the exchanges. As a result, the exchanges are full of Bitcoins now. Whenever they prepare to sell their Bitcoin holdings, it creates huge selling pressures on the cryptocurrency markets because a significant part of the Bitcoins goes to other wallets, and the rest goes to the exchanges. Miners represent one of the two external selling sources in the Bitcoin market next to exchanges. Therefore whenever the miners begin to sell their holdings, it causes significant pressure on Bitcoins. However, some analysts believe that these sell-offs could prove healthy for the market because right now, the market is overheated and the frequent sell-offs will help in balancing the market once more.

The liquidation of multiple derivatives listed across major exchanges is thought to be one of the contributing factors to the Bitcoin crash. Nearly around $2 billion worth of derivatives had been liquidated in 24 hours, of which more than $1.6 billion were closed in just 12 hours. This situation is termed “market overheating” which happens when the futures market is overleveraged.

The value of perpetual contracts experienced an exponential increase as compared to the value of Bitcoin and its underlying equity. Owing to Bitcoin trading’s complexity and its interwoven institutional products like futures, leveraged margin trades, and DeFi (decentralized finance). Even a sudden slide in Bitcoin’s price can set off a huge chain reaction of automated responses executed by trading bots that can lead to an abrupt oversupply of Bitcoins and, therefore, a further drop in its price. But for an individual these platforms can help you to make good money from Bitcoin. One such platform is Bitcoin evolution is the most trusted Bitcoin robot which can do the same for you. Read Bitcoin Evolution Reviews to know more about it.

According to some market analysts, the reason for Bitcoin’s sudden pullback was due to the chronological overbuying of the digital asset. The investors started to overbuy Bitcoins out of fear or insecurities, which led to the major scarcity of the assets and hence the price crash.

The resumption of the OKEx’s withdrawal after the exchange’s CEO was taken into police custody might be one reason for the fluctuations in Bitcoin’s price. Interestingly, the moment OKEx suspended all withdrawals, Bitcoin’s price rallied but started crashing soon after the leading crypto exchange resumed normal business.

Price Prediction of Bitcoin for 2021?

According to an allegedly leaked report, one of the leading bank’s senior analysts predicted that Bitcoin’s price could hit as high as $318,000 by the end of December 2021. Irrespective of these guesses, investors believe that Bitcoin can revolutionize the world and put all the virtual workers on the same platform. Bitcoin has already entered the bullish market and seems to stay like this for some time now.

Despite this price drop, industry experts are still hopeful that the Bitcoin price will rally very soon. While it could take a little more time to consolidate, the rates will increase very soon. Some experts are not even ready to compare the current Bitcoin price crash to what happened in 2017 because they believe that Bitcoin has evolved from three years ago.