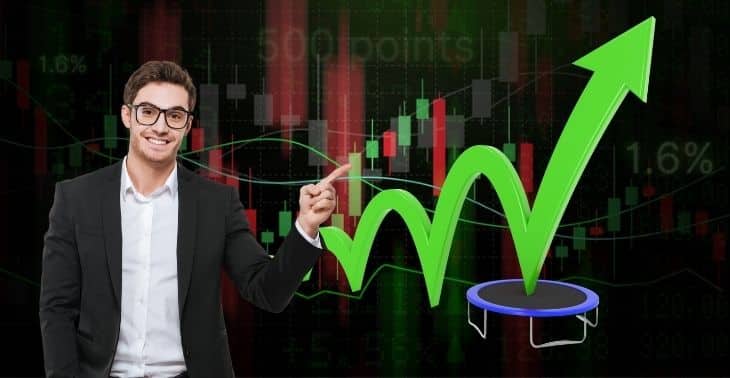 On Tuesday, markets have rebounded, finishing higher after the largest three-day decline since September 30. Following initial losses, all three main markets closed up more than 1%, with the Dow adding 560 points or 1.6 percent. The S&P climbed 1.78 percent, or 81 points, while the Nasdaq Composite gained 360 points, or what is described as 2.4 percent.

The steps come on the heels of reports of federal engagement in mitigating Omicron and the anticipated approval of an at-home COVID-19 therapy, which rattled markets in recent sessions, fanning fears that growing case numbers may impede economic growth and increase inflationary pressures. In remarks Tuesday afternoon, President Biden also stated that he was contemplating lifting travel restrictions relating to the Omicron form of COVID-19. Following the identification of the strain, the United States, along with seven other nearby nations, imposed a travel embargo from South Africa.

As the winter holiday season approaches, the omicron variety has been raging worldwide. More than 156,000 cases were recorded in the United States on Friday, as per the Centers for Disease Control and Prevention data. According to the World Health Organization, the variant has been identified through testing in 43 of the 50 United States and over 90 countries. The number of cases is multiplying two times every 1.5 to 3 days in regions with community transmission.

The market’s decline “reflects growing confusion regarding whether the surge of omicron will result in additional economic shutdowns across the globe, an unpredicted postponement of fiscal stimulus from the President of the United States, Joe Biden’s – Build Back Better plan, along with the S&P breach of 500 index of the 50-day moving average,” according to the chief investment strategist at the Leuthold Group, Jim Paulsen.

Rite Aid (RAD) has announced intentions to eliminate failing sites to boost earnings even more. The drugstore said on Tuesday that it would shut about 63 outlets in the next months, with a $25 million increase in income before interest, depreciation, taxes, and amortization. As a result, Rite Aid stock finished up 21 percent at 15.05 dollars a share.

Despite a holiday trading week, investors are keeping an eye on a busy schedule related to the economic release, along with new inflation information and data that will be a key focus for traders in the upcoming days.

On Wednesday, the Conference Board will announce its newest consumer confidence index, which is projected to show only a little increase for December.

On Thursday, the Bureau of Economic Analysis would also release new figures for Personal Consumption Expenditures (PCE), a crucial gauge of its economy and the pricing changes. According to Bloomberg consensus figures, PCE is expected to rise at a 0.6 percent annual rate.