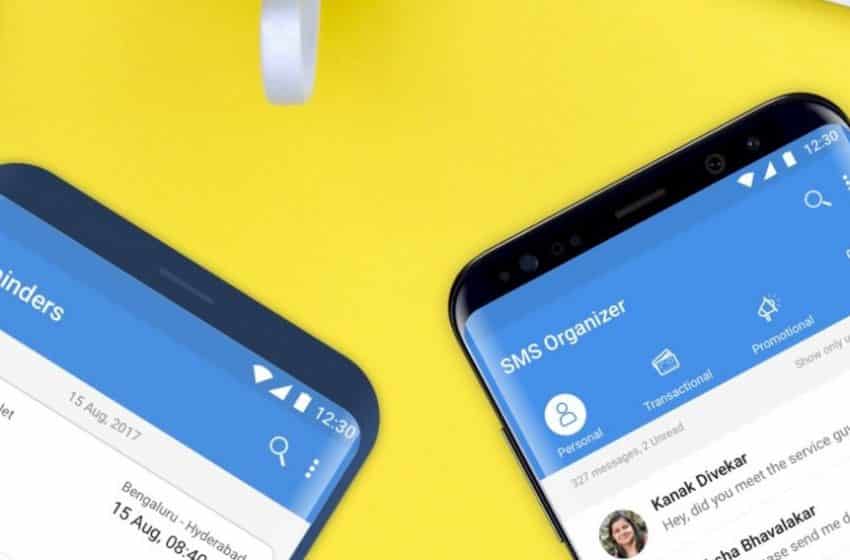 Messaging apps have become some of the most popular apps in the world and some of the biggest corporations in the world are now moving into the messaging space aggressively. The stupendous success of WhatsApp saw Facebook acquire it and then it went on to launch its messaging app anyway. Google has its own set of messaging apps and in a new development, Microsoft has now launched its messaging app named SMS Organizer in the United States. The app has apparently been created with the Indian market in mind and has been developed by the company’s developers at its Hyderabad office. Due to the prevalence of two-factor authentication, a person’s SMS folder is often littered with one time passwords and hence the whole thing seems a bit cluttered.

However, the SMS Organizer’s interface is going to divide into four separate groups titled reminders, offers, finance, and text, to ensure that a user can see the messages he wants at one go. As everyone knows, people are bombarded with text messages from random companies all day and hence, the grouping could prove to be a game-changer for plenty of people. More importantly, the tons of spam messages that one receives from a range of companies are all disabled and a user is never going to be bothered with unnecessary messages again.

Moreover, users in India receive can sometimes receive hundreds of messages in a day and currently, the number of smartphone users is rising exponentially year on year. Nikhil Verma, a Senior Program Manager at the Hyderabad office said,

“Most business and government transactions today trigger an SMS text message for confirmation of service. In addition to these transactions, businesses have been using SMS for sending promotional text messages to consumers in India. Put, the deluge of text messages that an average consumer receives daily creates a very messy SMS inbox.”

On the other hand, privacy remains one of the biggest concerns for most users whenever they use a new app and in that regard, the developers have taken utmost care to give as much control to the user as possible. Management and backing up of text messages are going to be managed by the user. Verma went on to state that the data is never going to be uploaded to the company’s cloud software.