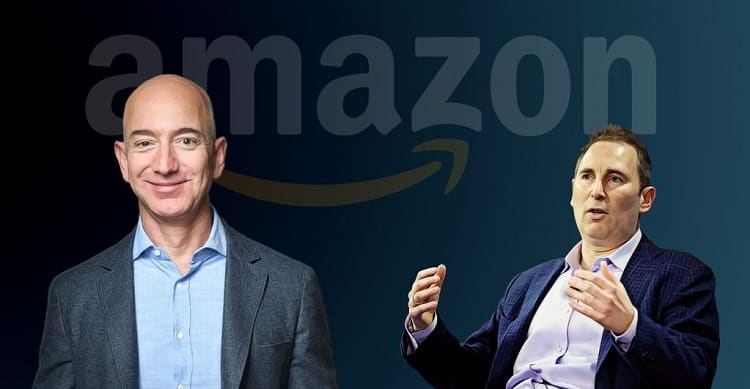 Jeff Bezos, an industrialist, entrepreneur, business tycoon who journeyed from earning the title of “Man of the year” in 1999 to being the world’s richest man in Jan 2021, has created a storm by announcing to quit from his CEO position. Andy Jassy will take over Amazon’s trajectory post-Bezos, and the changeover of the roles is set to happen around the 3rd quarter of 2021. Andy Jassy has been associated with Amazon since 1997 and has been a guiding force since the launch of the Amazon Web Series (AWS), a cloud computing space. He is currently serving as CEO of AWS.

According to media reports, Amazon has traversed from being a start-up bookstore online retailer to becoming an e-commerce giant and is looking forward to capturing wider horizons. Media reports further explain the market capitalization of the online retailer state; the company successfully seized more than $1 trillion market capitalization way back in Jan 2021, which as of now stands at $1.6+ Trillion. Amazon took this sizable amount to leap under Jeff Bozos’ guidance.

Jeff Bezos penned an email to its employee, which can be accessed through this link- Email from Jeff Bezos to employees. This new development comes just as the company that was formed 27 years ago announced quarterly sales of $100 billion during the last year-end. Media reported that Jeff Bezos credited the success of the company to its innovations across many verticals. On the AWS front, the media reports mentioned that under the leadership of Andy Jassy, the e-commerce retailer witnessed a 28% profit jump in the last quarter. AWS vertical, through the incredible insight of Andy Jassy, drove 52% of the operating income of the company.

Media reports suggest that shares of the company fired up by 1% yesterday, further delivering a whopping 4% rise in this year alone. The surge in stocks marks the highest score achieved in the last year. The media was quick to capture the reaction of other business giants like the CEO of Alphabet Inc., Sundar Pichai, CEO at Microsoft, Satya Nadella, and more. Pichai welcomed the move by passing his regards to Jeff Bezos, Satya Nadella wished Andy Jassy stating that he deserves to hold the position at Amazon. Jeff Bezos, through his email, hinted that now he has an opportunity to work closely with other projects like The Bezos earth fund, the Washington Post, and more