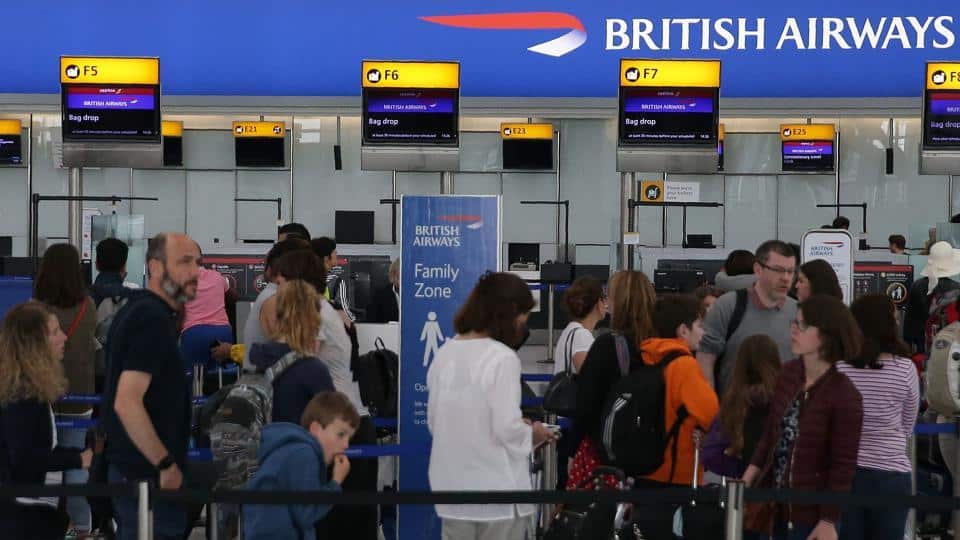 Nowadays, almost all industries that serve a large number of people are pretty much powered by their information technology departments, and it is perhaps even more so when it comes to large airlines. Even a short breakdown in the IT services can completely cripple an airline, and it seems that is what has happened with famed British airline British Airways today. An IT glitch in British Airways’ systems has completely plunged the airline into chaos, and it has led to extreme issues for passengers. Moreover, this is one of the busiest seasons for travelers in the United Kingdom as many of them are now returning from their summer holidays. According to reports, the IT issue has directly affected the check-in systems at the airline, and that in turn has caused significant delays for passengers.

In addition to that, the check-in issue has also caused British Airways flights to be delayed, and in fact, some flights have also had to be canceled. The affected airports are Gatwick Airport, London City Airport, and Heathrow Airport. Additionally, the delays have caused major disruption at these airports as travelers have had to stand in long queues at the check-in counters. The British Airways mobile app was not working either, and users were welcomed with the error message. Eventually, the airline issued a statement and stated that its systems were experiencing an issue.

That being said, British Airways also confirmed that the issue at hand had only affected passengers in the United Kingdom and not in the rest of the world where the airline operates. A spokesperson for British Airways stated,

“We are working as quickly as possible to resolve a systems issue which has resulted in some short-haul cancellations and delays from London airports. A number of flights continue to operate, but we are advising customers to check ba.com for the latest flight information before coming to the airport.”

It remains to be seen how long it takes before the issue is eventually resolve, but in the meantime, travelers in the United Kingdom are facing extreme difficulties.