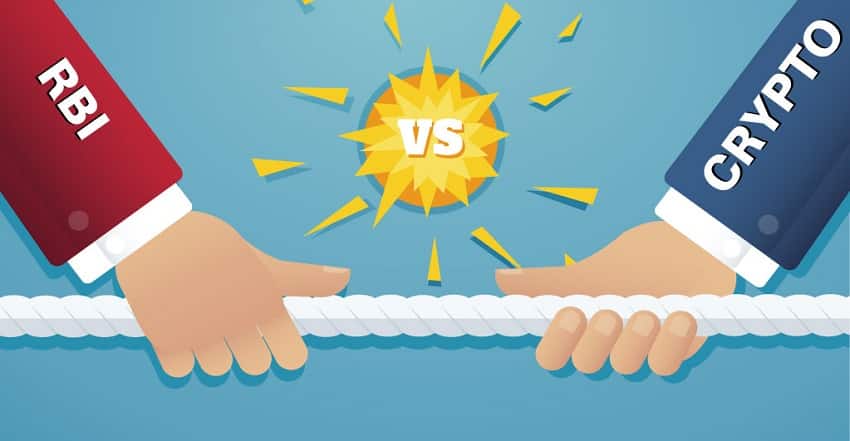 The Supreme Court of India has resumed its hearing of the crypto vs. RBI case this Thursday, which began with the RBI’s counsel Shyam Divan proceeding with his arguments presented in the earlier hearing. The central bank’s counsel explained how peer-to-peer exchanges operate in India, crypto exchange’s representation, and how funds are transferred globally through these exchanges. His arguments primarily focused on how the transactions in the exchanges made them prone to risks related to the FEMA (Foreign Exchange Management Act), CFT (Combating the Financing of Terrorism), and AML (Anti-money Laundering). The apex court judge, however, asserted that the RBI circular prohibited banks in the country to provide any kind of service to crypto exchanges, but could not potentially ban crypto trading.

To this, the RBI counsel said that banks might identify crypto transactions from their end and take measures to stop them, but the judge pointed out that banks would not know the source of transactions without a proper investigation. The counsel replied that the measure needed to be made more strong and effective but at the least, it could discourage and deter crypto transactions, if not stop them completely.

If you see, in 2017, the graph was going up and from 2018 it is globally declining. It is not because of your circular that prices are coming down.

The counsel had previously claimed that the volume of crypto trade has fallen with a sharp decline in crypto prices after the RBI had issued the circular, which prevented banks from offering any services to crypto exchanges.

The counsel presented further defense when he said that crypto trade may not have stopped but has declined and the RBI circular may have been one of the factors. He also cited previous judgments from different cases to put forth the argument that

the scope of the court’s intervention is limited when an expert committee like RBI has acted under its statutory power as it is an expert body for a particular domain.

The counsel for the Internet and Mobile Association of India (IAMAI) Ashim Sood made rejoinder submissions and referred to the Central Goods and Services Tax Act, which does not restrict the use of cryptocurrency as a medium of exchange. He also noted that cryptocurrency, although profitable and efficient, is often not used due to its volatility and argued against the RBI’s ban on cryptocurrency. He said that there was no direct link between cryptocurrency and an adverse effect on the payment system which is evident from the lack of mention of crypto in the inter-ministerial committee report.

He mentioned how the documents used in its support by the RBI are not enough evidence and commented on the bank’s “kitchen sink” approach to restrict crypto activities as it has no control over the sector. He concluded that the risk from cryptocurrency is practically negligible and that there was no committee formed by RBI before the circular was issued. The interdisciplinary committee also does not talk about any such risk in its recommendations. The counsel would continue his arguments further in the next hearing which the crypto community in the country is looking forward to.

After analyzing the developments during the day, CryptonewsZ reported that RBI didn’t do good research before announcing its anti-crypto directive.

Many countries are still not allowing cryptocurrency in the country. But as we all know that cryptocurrency like Bitcoin having great potential which can also help to the world economy. Many analysts predicted the booming price of Bitcoin in the future and suggest to invest in it. If you want to trade or invest in Bitcoin then Bitcoin Trader is the platform that can help you to get the most profit from it. Click here to know more about this automated trading software.