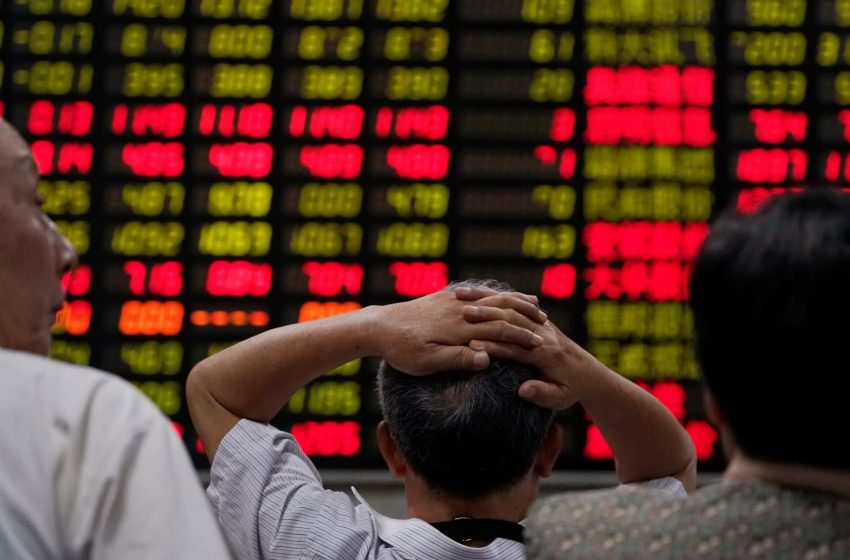 The Chinese economy is on a slowdown, and there is great concern that the transition state they are in to attain a sustainable growth is going to be disruptive not just for China but worldwide. The current figures in Chinese economy show a reduction in manufacturing which is being termed as the reason behind the slow growth and with the currency being so unstable the economy is in a deeper rut than it was initially thought it was. The ramifications of it are seen not just in the Asian shares but worldwide, especially in the US market. The stocks in Asian as well as US shares fell on the contraction in Chinese exports which sparked a sharper slowdown in profits and growth.

Economist, Zhou Hao who is with Commerzbank in Singapore had forecasted this reduction in exports in December and called it a downward trend and said that it was due to a decrease in global demand, improper tariffs and trade war between China and the U.S

There is only a moderate impact due to falling shares in China as foreign investment in that country is only about 2% of the shares. The reason it impacts the rest of the world is that China is the second largest economy in the world and is a considerable force to reckon and it also stands second in the world concerning importing services and goods. There is also the issue of financial trouble highlighting other issues about a slowdown in China and towards it heading to a ‘hard landing.’ With the demand reducing in China ranging from items like iPhones to automobiles there have been warnings from major companies about falling profits.

Slowdown Affects other Commodities too

The other major commodity affected by this downturn is crude oil. It is essential that there is enough supply in the oil market and China’s economic trouble is also a significant factor in the price of fluctuating crude oil. The Brent crude price has reduced to almost half of what it was since June 2018, and that was when the Chinese market started its fall. With China being a huge buyer of commodities, and with the possibility of reducing in manufacturing due to lack of demand, there can be less demand for items like copper and aluminum.

Though it is early stages to make any conclusions on the currency market, there are jitters as the dollar could be affected.