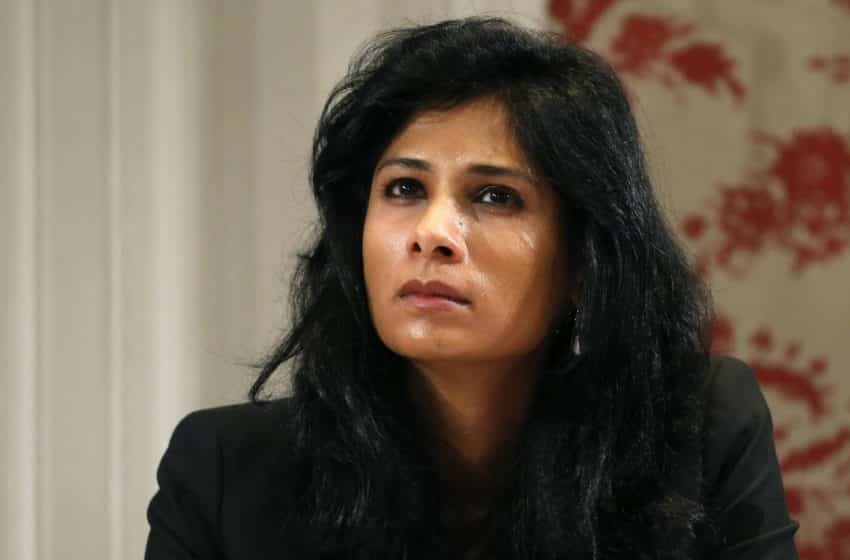 The International Monetary Fund (IMF) has tapped prominent Indian-American economist Gita Gopinath as the chief economist. She will be the first woman to be in this position.

She believes that she joined at a crucial time when the world is experiencing the retreat of globalization, and there are multiple challenges for the multilateral organizations.

The John Zwaanstra professor of International Studies and Economics at Harvard University, Gopinath, and a US citizen replaced Maurice Obstfeld as Economic Counsellor and Director of the IMF’s Research Department. It should be noted here that Obstfeld retired on December 31.

Upon he appointment, the IMF chief Christine Lagarde said that Gopinath was one of the finest economists in the world and her impeccable academic credentials would help the IMF to reach greater heights. She also described her to someone with intellectual leadership and extensive international experience.

Gopinath will be the 11th chief economist of the global lender IMF, and in an interview, she said that she was honored and humbled to be chosen for the post. She also described Christine as a phenomenal woman not just in IMF but beyond it. Christine has, in fact, become as a role model all over the world, added Gopinath.

Gopinath added that she was looking forward to exploring the consequences of depending hugely upon one currency as most countries make their trade in the dollar and also borrow from other countries or the multilateral institutions in the dollar. The IMF will be the perfect place for her to research more on this.

Gita considers the alleged retreat of globalization as one of the most pressing issues for the IMF now, and she would work on that front as well.

She told that the phase we are going through is the retreat of globalization and this has not happened in the last 50⎯60 years. This is for the first time the world is experiencing a retreat. This retreat would be dangerous if not checked when one part of the world is ready to lower barriers for trade and increase trade across the globe.

She showed her concern for the recent developments in U.S.⎯China trade relations. The tariff imposed by the United States for Chinese products had added to the uncertainties the world is facing now. Another event she explained was Brexit, without a clear roadmap for future Britain is also giving vibes that the world trade community doesn’t understand.

Gopinath also explained the role of globalization in mitigating poverty in developing countries and how inequality is also a by-product of the same globalization. She will study more on this from whether fair trade is happening between the nations.

She also emphasized on FDI as every country is favorable to this. But, the rising concern over the security and international property theft for the predominantly available tech firms in the FDI funding, it definitely needs to be addressed.

She would research more on these fronts and also would focus on the health of the emerging markets. Several issues are being faced by the developing nations’ markets like exchange rate fluctuation and not getting a fair deal for trade. With her expertise, she hopes to clear things for the countries from the side of the IMF.