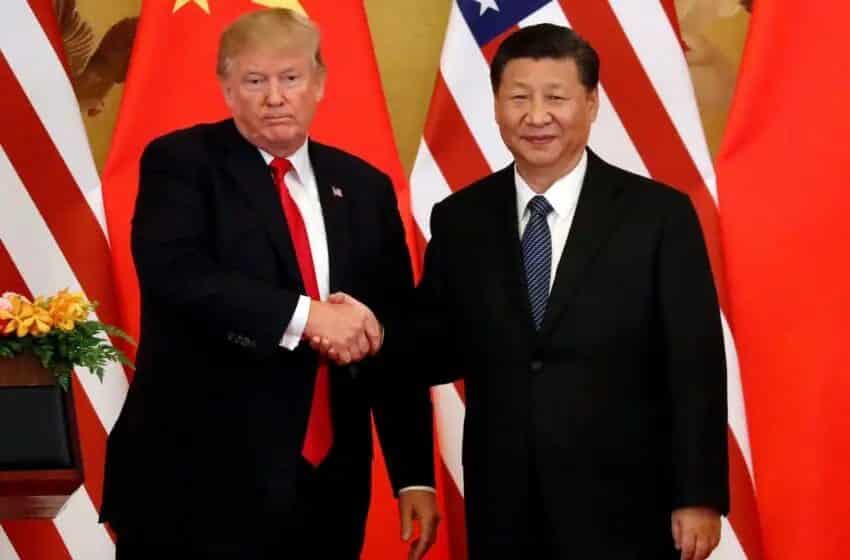 The globalized world started to face much difficulties and conflicts when the crown of the big players in international trade started to shift. The biggest standoff since the period of cold war has seen many turns. As the U.S.-China negotiations entered into the second day here is every detail you want to know of the status of the two largest economies.

The negotiations started after the meeting between US President Donald Trump and Chinese President Xi Jinping at the G20 summit in Buenos Aires last month where the two chiefs decided to have a 90 days truce period.

Trump, on behalf of the United States, is said to be on the victim side. As per him, the U.S. market is affected by Chinese forced technology transfer and competing with Chinese exports has become a huge task for the American companies. On the other side, Xi is supporting the status-quo which helped the United States to become the largest player in the international trade.

Both of these two leaders have much to prove in their homes. Trump will be facing election the next year, and Xi needs to answer the reason for slower growth of China. As the difficulties have managed to bring both of them on the table, the difference is yet to be mitigated.

Here are the small details of the two sides in the biggest trade stand-off.

China is seeing the consequences of the US tariffs. As per official statistics, China grew at around 7 percent in the first three quarters of the year, but there are multiple reports and records showing that the growth pace has changed since the U.S. posed tariffs. As exports are the vital component of the Chinese economy, with a blow on this front, China’s GDP may see a downward run.

On the other hand, U.S. is well off. The job creation in the United States has grown, and Trump’s so-called protectionist measures have helped the nation. Yet, there are warning signs of a cyclical downturn and pain in many sectors hit by Chinese retaliatory levies.

On this front, Xi is clearly a winner. Yet, not everything is a cake walk for him. With less accountability to the citizens, he also needs to answer his allies. Some of his allies were reported to have been affected by the stand-off, and the opinion of the elite families also matters. So, taking everyone on board would be a tough task for Xi.

Trump will be facing presidential elections in 2020. The Democrats have risen to an extent Trump probably had never thought. With rising questions from the Democrats in the House Trump needs to play decisively. But, there is one good thing for Trump here. He had been extensively criticizing China for its trade policies and with the stand-off reaching to the voters would be easier for him.

The stock markets of both countries have faced difficulties. The Shanghai Composite index shows the level lowest since 2014. And Trump has been very cautious about the market movement. The first sell-off in the U.S. stock market made Trump sit with Xi and discuss further terms.

But, here Xi has an advantage. With the Marxist beliefs, the importance he gives to the stock market is not that major. The private market in China is not very vibrant. The dependence of the whole nation on the Public Sector will help Xi to withstand the market pressure.

Though on different tracks, the countries are on the right side of History.

The current acts by the U.S. make everyone remember the 1980s bubble-era of Japan and how the United States withstood the pressure and imposed tariffs.

And for China, the task is not to suffer the fate of the erstwhile Soviet Union. With a globalized version of Communist ideologies, Xi must have managed to garner the support for his action from the elites in China.

Though there are a lot of things which go into factor for these two countries, there is no iota of doubt that the world is experiencing the worst phase of political trade disputes. This may result in many more stand-offs in the future if not resolved in the way it should be.