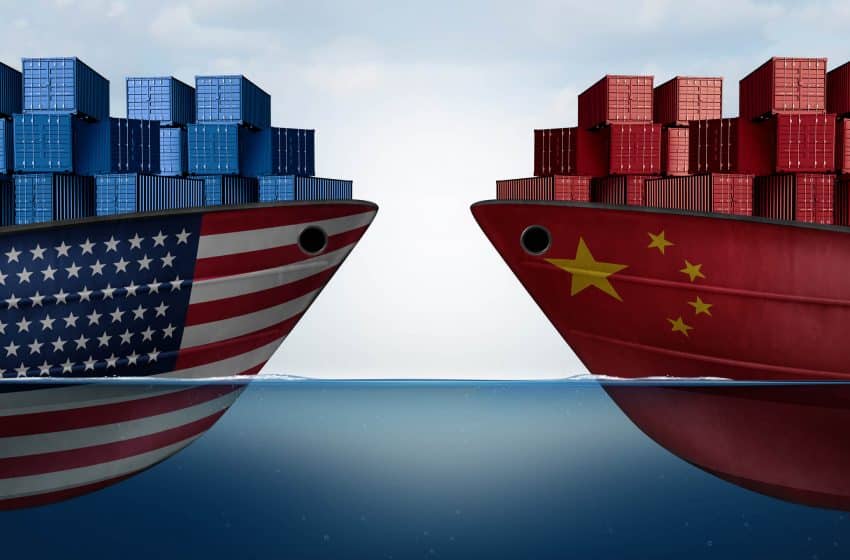 As the most significant event, U.S. – China trade deal is yet to reach its zenith in the economic arena of the whole world, some believe China might be ready to face a tariff of the United States, but it is unlikely to mend its way. As per sources, China may acknowledge concessions made in any trade deal with the United States only for stabilizing relations with its biggest trading partner.

President Trump has already warned of quitting the China deal if it were not good enough. On the contrary, his advisors have stated “fantastic” progress toward an agreement to end a dispute that has put tit-for-tat tariffs on hundreds of billions of dollars’ worth of each other’s goods.

However, this optimism has taken a different shape in China. The March 1 deadline which used to be seen as strong as the concrete wall has been softened and this might be because Trump is eyeing for the 2020 Presidential elections and he might not be willing to take a risk with its economy as it has started showing some signs of wearing. However, Chinese concessions in any deal are likely to fall short of U.S. demands for a drastic change in the way the world’s second-largest economy works.

But, as per Chinese experts, tweaking decades of state planning is not going to change overnight. They also add that President Jinping also is facing political realities at home, where being seen as kowtowing to Trump would be less desirable than navigating the near-term impact trade, which tensions might have an impact on China’s own slowing economy.

As per Chinese officials, Chinese domestic reform is a long-term process.

“If the United States carries out overall restrictions or pressure based on its own interests, China will not accept it,” the official said.

Tu Xinquan, a trade expert at Beijing’s University of International Business and Economics, said it would not be straightforward for Jinping to accept demands made by the United States, which state to revamp the role of state-owned enterprises and other core industrial policies.

Xi would likely be prepared to go as far as to give “visible, politically influential commitments” to Trump like to buy more American goods and improve protection of intellectual property rights (IPR).

The United States along with many other western countries have blamed China of systematically obtaining American companies’ intellectual property through coercion and outright theft. But, improving copyright and trademark enforcement is considered as a practical and self-interested move for China by hardliners in the United States as China now has innovative companies of its own.

China has also been accused of a more existential threat of forced technology transfer. It is reportedly cracking down on these, though; it has been denying this officially. But, the chances of China curbing the influence of state-owned companies in the economy is very less.

“The core features of the Chinese model – these issues will be left to the future,” Tu said.

As per sources, the two sides are getting closer to a deal that could roll back some tariffs and set forth agreements on structural issues in China’s economic model. But, the details of the enforcement mechanism are yet to be publicly available.

As no plans have been declared yet, there have been speculations in trade circles that Xi could travel to Trump’s Mar-a-Lago resort in Florida to hammer out a final deal in late March, on the tail end of a planned trip to Europe. Some in the American diplomatic and business community have also predicted that Trump could rush into accepting weak Chinese commitments, have been for weeks referring, with mock grandiosity, to a possible deal as the “Mar-a-Lago Accord.”

However, China’s willingness to make smaller changes is with the aim to stabilize U.S.-China relations and prevent the trade dispute from spreading. Spreading has become more prevalent as Washington pressures its allies to jettison cooperation with Chinese tech champions, including Huawei Technologies.

“We are afraid this conflict will be extended to other areas, even affecting the relationship between China and the West. So we want to control it. Maybe not solve all the problems, but control it and calm it down,” Tu said.

As per Chinese trade experts, it hopes that commitments to buy more U.S. goods, along with pledges to improve its reporting of subsidies at the World Trade Organization and IPR enforcement can clinch an interim deal. However, the American President has delayed the tariff hike he threatened on some $200 billion in Chinese imports to 25 percent from 10 percent, which was due to kick in on Friday.

Shi Yinhong, director of the Center for American Studies at Renmin University, said, “If China makes too big a concession to the United States, it might create domestic economic disorder. And also, how would you explain it to Communist Party members and the Chinese people?”