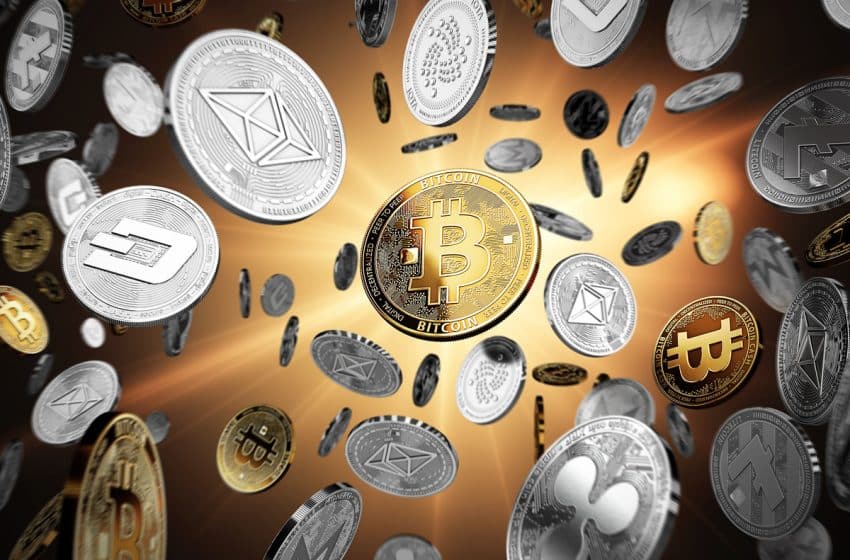 The FIO Protocol, a decentralized, open-source blockchain protocol that will enable greatly enhanced user experience inside the FIO enabled wallets, exchanges, and applications of their choice. With the FIO Protocol enabled, the sending and receiving of crypto tokens and coins from any blockchain on any wallet or exchange will come easy and error free.

Gold says the idea came to him when he was working as a managing director for Access Venture Capital in Westminister, Colorado. He handled many of the block chain-oriented deals for Access.

“There are certainly a lot of people who have their fingerprints on it now, but it was my idea. […] It was really through that experience [as a venture capitalist at Access Venture Capital] that the idea for the FIO Protocol came to be. I saw what was going on with blockchain and crypto. On the one hand, I was like, Wow, this is a big disruption that could be as big as the World Wide Web was. But at the same time, I also felt similar to how I felt in the early 90s – while it has amazing potential; the technology has a long way to go. One of the big areas that jumped out at me was usability,” he added.

When you create your Blockchain Wallet, a unique master seed is created. This master seed is the nucleus of your specific wallet and is used to derive every individual bitcoin address that you’ll use to send and request bitcoin. The FIO provides decentralized naming services for blockchain wallets. In other words, it’s like a decentralized DNS for the cryptocurrency.

The naming service runs on a completely independent network. The security and operation of this Blockchain will be funded with FIO tokens. Still, in beta, FIO plans a public beta in the third quarter of this year. A number of wallets and one exchange have so far joined the foundation, however.

The composition of the foundation is important to its success. The reader will surely recognize the names like ShapeShift, Coinomi, KeepKey, Mycelium, BRD, MyCrypto, Edge Wallet Coinomi and Mycelium alone are two of the most popular cryptocurrency wallets in use today.

“Without a solution like FIO, the visions around blockchain will never happen. They’ll never get beyond what I call ‘crypto gold.’ An alternative speculative investment. We’ll never get beyond that unless these usability problems are solved. And that’s what this cryptocurrency industry consortium is all about. It’s designed with industry players from the start.”

Ethereum Domains Triggered New Dot-Com Boom, and we all are aware of how dot-com boom was followed by the dot-com crash, which saw many start-ups fail as investors cut off funding or the proposed businesses proved to be unprofitable.

Gold started his career as a NASA employee. During the dotcom boom, he was a successful entrepreneur. From there, he moved into venture capitalism with a firm called Access Venture Partners. After a long career, he stumbled onto crypto through his work as an investor.

When he looked at the way the technology works, he realized that the prospect of actually using cryptocurrency is daunting for new users, and decided to do something about it. Thus, FIO was born.

He noted that a problem with the Ethereum Naming Service is that actual protocol-level changes had to be made in Ethereum for it to work.

“The other (maybe more important) problem with Ethereum Name Service is that it only works on the Ethereum blockchain… users will never be comfortable with a different user experience for different tokens/coins in their wallet.”

FIO will work without any changes to any existing blockchain. That’s the whole point.

The FIO protocol introduces another important feature that cryptocurrency lacks: the ability to construct a “pull” transaction. Crypto’s design keeps users in control. However, FIO lets payment requests go directly to the wallet.

In this way, merchants and customers can be sure that the correct addresses are being used. Since there are attack vectors in cryptocurrency, who can insert a very similar address when the user initiates the transaction through which they can lose the funds.

This vulnerability is eliminated in a world where such “pull”-type transactions are possible. Instead, the merchant sends what amounts to an invoice to the user’s FIO-enabled wallet, and the user has the option to send the funds then. The protocol also makes refunds a lot easier by enabling “transaction context” for every blockchain.

Gold told in an interview that “In fact, we’re in a world where most of what’s happening in Blockchain is in centralized services. […] If crypto keeps being an investment asset that has no real value in commerce, this is never going to go anywhere. The usability issue, again, is a core part of what has got to be solved for this to happen.”

The blockchain is the future of many businesses. The key value proposition of Blockchain is to provide transparency and efficiency. Gold is doing his part. Some notable payment processors and other industry players like Coinbase have yet to cast their lot in with FIO. After studying the protocol, it’s hard to believe their doing so is anything but inevitable.