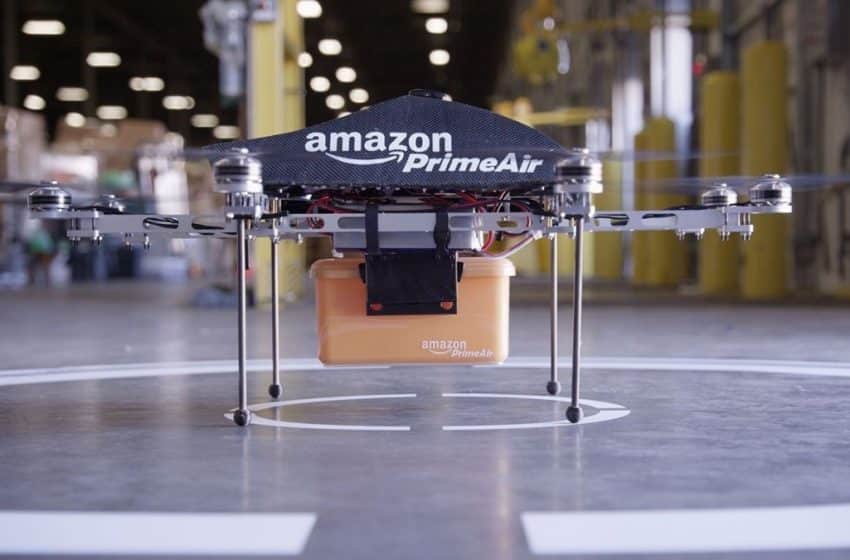 When it comes to innovation with regards to logistics, then very few companies can match up to e-commerce behemoth Amazon and much of the company’s growth over the past two decades has been based on that. For years, Amazon had been trying to bring in drone deliveries in order to quicken up the delivery process and make it much more efficient. However, it always seemed like something that would take many more years before it became said.

That is no longer the case, as the company has announced that it is going to launch drone deliveries within a few months and bundle it with Amazon Prime Air. While the company’s one-day delivery service for Prime members has proven to be an unqualified success, the drone delivery service could be a game changer as deliveries are going to be completed within half an hour. The massive announcement was made at re:MARS Conference, which is hosted by Amazon and also demonstrated the electric drones that are going to be used to make the deliveries. The drones can travel 15 miles for delivery and make the delivery within half an hour. The maximum weight of the package that the drones can delivery is 5 pounds.

Jeff Wilke, who is the head of the company’s retail business, stated that the drones are programmed in such a way that they would not collide with pets, people or indeed clothes hung out to dry in the backyard. Advanced computer vision and machine learning allow the drones to avoid such pitfalls. Wilke said,

We know customers will only feel comfortable receiving drone deliveries if they know the system is incredibly safe. So we’re building a drone that isn’t just safe, but independently safe, using the latest artificial intelligence (AI) technologies.

Prime Air is a new membership program that has been launched by Amazon, and as of now, it is in the testing phase in select locations. Amazon has been testing it in the United States, France, Israel, United Kingdom, and Austria for some time. It remains to be soon how quickly the company can manage to scale it up.