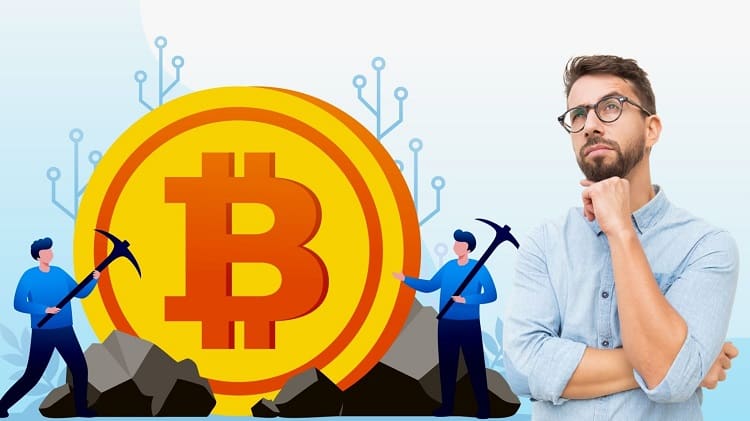 MD-Bitcoins are mined by people around the world trying to solve the same mathematical puzzle using computers. Read on to learn more about Bitcoin Mining.

What is Bitcoin Mining?

Bitcoin mining has many advantages. Here are a few of them –

Bitcoin cannot be duplicated as it is a digital currency. When more and more people start using digital currencies, the cost of goods and services will go down. One of the major advantages of mining is, the user has the voting power on the network, which means they can interfere with future changes in the network. Bitcoin mining can be profitable in the long run, and taking part in mining pools and joining a network can make it profitable. Also, one should note that Bitcoin halving has decreased the miner’s reward every four years, and currently, the reward was 6.25 BTC; it will still go down with subsequent halving.

How Long Does It Take to Mine 1 Bitcoin?

Irrespective of the number of miners, it takes around 10 minutes to mine a bitcoin. At 10 minutes, everything being equal, it takes 72,000 GW or 72 Terawatts of power for mining a bitcoin by using the power provided by ASIC miners.

How Does a Bitcoin Miner Make Money?

Bitcoin mining is the verification process of validating each Bitcoin transaction. These transactions offer security to the network, which compensates miners by offering them a fraction of Bitcoin. Miners can profit if the Bitcoins price exceeds the mining cost.

Bitcoin mining can be done by any person who has specialized hardware and basic software. The software needed to mine is very easy to use, and it is open-source, which implies that it can be freely downloaded and run. The miner needs a bitcoin wallet to hold their coins when they are acquired.

The legal status of Bitcoin mining depends upon the geographic location. The Bitcoin concept can widely threaten the fate of the fiat currencies and the control of the government over the financial markets. This is a major reason why Bitcoin is illegal in certain countries.