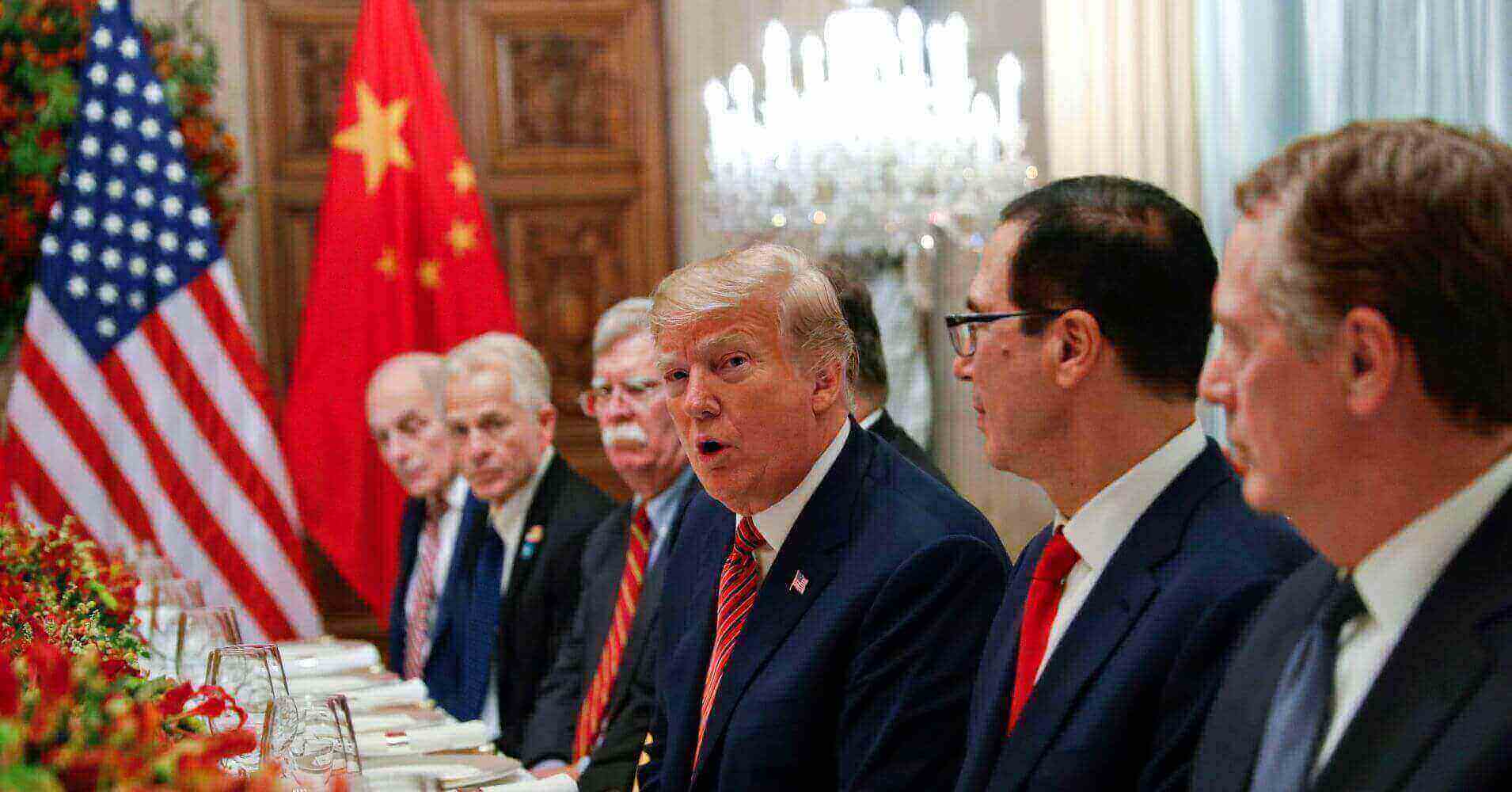 The long-awaited U.S.-China trade talks have entered into the third day. And the U.S. President Donald Trump said that everything is going well with the negotiations. And he also said that he was optimistic about the outcome of the talks.

A statement by the Office of the U.S. Trade Representative says they will have to wait for instructions from Washington to continue with the talks. However, they denied revealing any more details of the character of the talks or what process they would follow next in the trade negotiations.

The U.S. statement also included that every factor in the negotiations would be subject to verification and effective enforcement, as the Chinese side has a bad track record in keeping their promises.

As per the reports, China has agreed to purchase a substantial amount of agricultural, energy, manufactured goods and other products and services from the United States. And Trump repeatedly complained about the mounting trade deficit was $336 billion in 2017.

White House press secretary Sarah Huckabee Sanders said the United States is optimistic that something good will come out of this. Though they don’t know yet what kind of deal they may get, they are aware that they are on the right track.

The talks even helped the share market in China as investors are pretty optimistic too. The last day Hong Kong’s market index closed up 2.1 percent, and Tokyo got a raise by 1.1 percent.

Craig Allen, president of the U.S.-China Business Council, said that they were confident of the trade talks and they hoped to see a permanent solution to the hostility between the two biggest economies of the world.

It should be reported here that the two parties on December 1 have agreed to suspend the actions taken against each other’s import for 90 days. The bone of the contention is China’s alleged pressure on the American companies to hand over technology. And the first phase of the proposed negotiations started on the last Monday.

Trump tweeted on Tuesday saying the talks with China are going really well.

In the on-going negotiations, the United States has suggested changing its plans to use government support to make Chinese companies world leaders in robotics and advanced technologies. And, in reply, the Chinese Government said it might alter its industrial plans without compromising with the plan which will bring prosperity and global influence to China.

As per some economists, the 90 days cooling-off period is too short to get anything out of the talks. Even if a deal happens, the U.S. may take more time to judge it and sign it off.

It is quite strange to see that despite the tariff increase, Chinese exports have increased due to exporters rushing to fill orders before there will be a more import duty. Experts believe that the demand for Chinese products may decrease this coming year.

On the other side, China has also imposed penalties on $100 billion worth of American goods, apart from that it also has adopted some qualitative measures like slowing down custom clearances, suspending licenses, etc.

As the trade talks move on China is getting ready to welcome the biggest Electrical Vehicle manufacturer Tesla Inc. into the Chinese soil. Elon Musk, the CEO of Tesla, is going to set up a GigaFactory which will produce Model 3 Tesla cars from the next year.

This will be the first-ever expansion by the auto giant Tesla to the foreign soil. And experts believe that the setting up a huge production unit in China by an American company may affect the two countries’ relationship hugely.

Anyway, the U.S. is adamant in getting a fair deal by making China subvert its policies so that no Chinese company would get unfair advantages and no Chinese companies will be able to manipulate foreign markets. It is crucial to see whether these two giants can come on board as the conflicts between them may result in a shock to global trade.