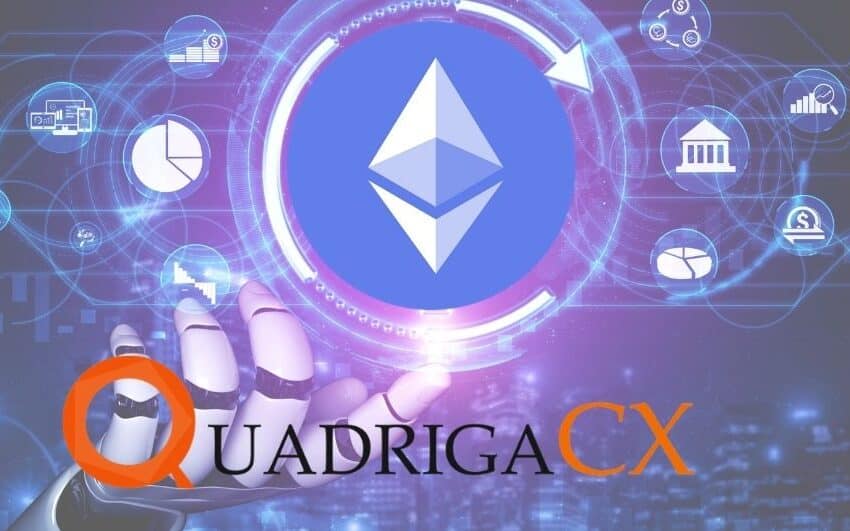 QuadrigaCX has been under the limelight for quite some time now, and many claims and allegations have been made as to where the cryptocurrencies have been stored or lost following the death of Gerry Cotten, the founder of QuadrigaCX. There have been new updates as to where the cryptocurrency might be, and the firm is having a tough time giving answers to all their clients. However, there has been the latest report which has shaken the market.

The reports are that it might be possible that digital currency exchange QuadrigaCX has stored quite a lot of cryptocurrency, Ethereum in different cryptocurrency exchanges. There is evidence that has proven this. On February 28th, there was an announcement published by ZeroNonCense which is cryptocurrency research and consulting platform that has got confirming details from Jesse Powell, CEO of Kraken and CEO of MyCrypto, Taylor Monahan. The report states that Ethereum has been stored by this crypto exchange on Bitfinex, Poloniex, and Kraken.

There have been evidence which proves that there is a high possibility that about 650,000 Ethereum coins have been stored in different cryptocurrency exchanges during the course of operation which belonged to QuadrigaCX. When the crypto assets were stored on other platforms, the total values was about $1000 million. In order to prove that QuadrigaCX had well-acknowledged accounts on Kraken, Bitfinex, and Poloniex, there are a good amount of proofs available say these exchanges. It was reported that by the digital currency exchange QuadrigaCX $150 million worth of cryptocurrency was lost following the death of the founder.

As per the affidavit, all the property went to Jennifer Robertson, widow of the founder that claimed she does not know where the digital assets were stored, and neither did anyone involved in QuadrigaCX exchange know. Therefore, zero nonsense explained that there might be a possibility that no one except Cotten was aware that they were stored on other exchanges.

In spite of all the things being reported, Ernst & Young one of the Big Four claimed that since April 2018 the cold wallets of QuadrigaCX had not been used and they have been empty. ZeroNonCense said that this detail could be used to validate the claim that digital assets might have been stored on other exchanges. If the digital assets are stored on these exchanges, then ZeroNonCense says that it might be very easy to retrieve funds from them.