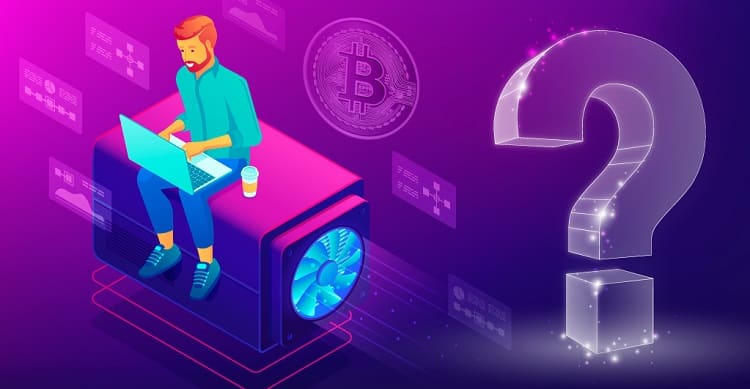 Bitcoin mining is simply the verification of bitcoin transactions. Many transactions are gathered into boxes with a virtual padlock on them called blockchains. In order to win a bitcoin reward, Miners need to run software to find the “key” that will open the “padlock.” Once their computer finds the key or hash, transactions are verified. For finding that “needle in a haystack” hash, which is 64-bit hexadecimal, the miner gets a reward of newly generated bitcoins. Verifying the transactions requires solving complex computational math problems using high-powered computers; these problems or puzzles are so complex that they cannot be solved by hand and are complicated enough to tax even incredibly powerful computers. The current number of attempts it takes to find the correct key is around 1,789,546,951.05. When bitcoin was first mined in 2009, mining one block would earn you 50 BTC. In 2012, this was halved to 25 BTC. By 2016, this was halved again to 12.5 BTC. On May 11, 2020, the reward halved again to 6.25 BTC. In November of 2020, the price of Bitcoin was about $17,900 per Bitcoin, which means you’d earn $111,875 (6.25 x 17,900) for completing a block.

How Can You Mine Bitcoin?

Mining is work done by groups of people to find large prime numbers or trying keys to decrypt a file. Bitcoin miners receive Bitcoin as a reward for completing “blocks” of verified transactions which are added to the Blockchain. For example, Mark buys a gaming monitor from Lucas with bitcoin. In order to make sure his bitcoin is a genuine bitcoin, miners begin to verify the transaction.

To start mining bitcoins, you must meet two conditions:

How Do You Mine on a Budget?

You don’t need to be a tech wiz to mine bitcoin. All you need is specialized hardware and basic software.

Bitcoin mining software is simple and straightforward to use.  It’s also open-source, which means it’s free to download and run.

The most popular mining software is GUIMiner. When launched, the program begins to mine on its own, looking for the magic combination key or hash that will unlock the “padlock” or rather verify the block of transactions. The program keeps running, and the faster and more powerful a miner’s PC is, the better chances a miner has of getting their bitcoins. After this, you need to get a mining client to run on your computer. It connects you to the Blockchain and Bitcoin network. Mining software delivers work to miners, collects complete results of their work, and adds all information back to the Blockchain. Bitcoin mining software monitors miner’s activities and shows basic statistics like temperature, cooling, hash rate, and average mining speed. A miner also needs a bitcoin wallet or an encrypted online bank account to hold their earnings.

Mining Bitcoin With Your Own Computer Hardware?

Establishing a proper setup with your own hardware is expensive. You should only mine Bitcoin this way if you have immediate access to lots of cheap electricity. You’ll also need a stable network connection if you want to use your personal hardware to mine Bitcoin since fluctuating internet speeds and connection can result in fewer profits as your rig won’t be able to send your mined shares to the pool or Blockchain itself in case of Solo mining on time.

Using a Bitcoin mining calculator to estimate total costs before you commit to purchasing any hardware or mining setup is highly recommended. That way, you can make sure that calculations do work out in your favor. Bitcoin mining can be incredibly expensive for most middle-class people, and there isn’t a huge chance that you’ll be able to make enough money to make running your own operation worthwhile. Being able to generate the right hash before any other miner is mostly based on guesswork and how fast your computer can produce hashes. Just a decade ago, bitcoins could be mined competitively on normal desktop computers. Over time, however, miners realized that graphics cards commonly used for video games were more effective, and they began to dominate the game. In 2013, bitcoin miners started to use computers designed specifically for mining cryptocurrency as efficiently as possible, called Application-Specific Integrated Circuits (ASIC). These can run from several hundred dollars to tens of thousands, but their efficiency in mining Bitcoin is superior.

If you do decide to use your personal hardware to mine Bitcoin, make sure you check the mining machine profitability before choosing an ASIC miner. Even the most profitable miners can sometimes bring in only between $6 and $15 per day, which isn’t much when you consider the thousands of dollars you’ll need to spend to set up your system. Even with a mining calculator that tells you the possibility of you making a profit at the end of the day, you can never tell for sure that you’ll be able to make up for your costs, so make your calculations and go carefully from there.

Bitcoins are baffling in that they are wildly simple to use and mine. Miners, then, could run hundreds of machines to generate the right hash and gather bitcoins like raindrops, right? Wrong. As more and more bitcoins are found, they become scarcer and consequently more difficult to find. This profitability calculator can help you understand what you’re up against, but this isn’t a certainty. You could run your systems for a weekend and make a mere $1.50 – enough for a coke – but with sophisticated hardware and efficient methods, you might just wind up with a reward. One thing to keep in mind is that it shouldn’t cost you more to run your hardware than gain in bitcoins. Many people are making money through mining Bitcoin. You can also do it on your own if you have resources. Otherwise, You can invest or trade in Bitcoin to amplify your income. One such platform which can amplify your Bitcoin trading profit is Bitcoin Code. It is an automated trading platform that mainly focuses on making profit from Bitcoin trading. To know furthermore You can check out Bitcoin Code Review.