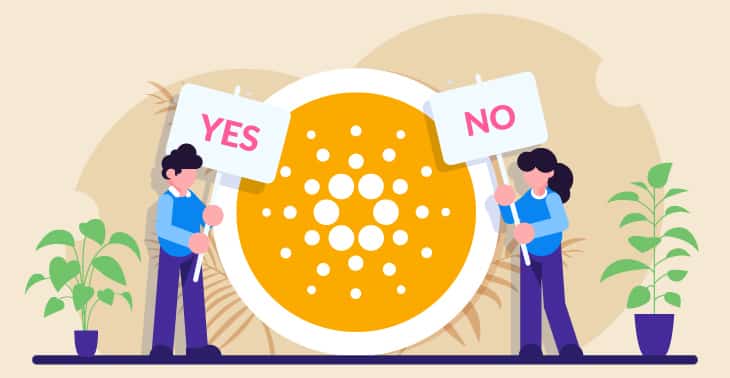 Cardano is a third-generation blockchain platform having its internal cryptocurrency, ADA. The most significant feature of Cardano is that it is the first cryptocurrency based entirely on scientific theology and research. The platform is proof-of-stake instead of a proof-of-work mechanism. Cardano was launched to eliminate the problem of scalability, interoperability, and sustainability. This article will discover the pros and cons of buying Cardano.

Cardano is developed with a systematic, reasoned, and problem-solving approach. Cardano wins the race because it is a low-energy consuming cryptocurrency. The factors that make Cardano better than Bitcoin and Ethereum are its transparency and the that it actively involves all the members in its blockchain. Cardano provides its holder an opportunity to validate any node in the Cardano blockchain.

The token which carries value and is used on the network is called ADA. Cardano is the blockchain having the ADA coin. The exchanging transactions are mediated through ADA. The transactions do not require any third-party validity. Anyone holding ADA automatically becomes viable to have shares in the Cardano blockchain.

Pros and Cons of Cardano

Tapping into the web of ADA crypto price prediction provided online, it is evident that Cardano has still not stopped increasing its price. DigitalCoin has predicted that Cardanohas the capability to reach $1.51 in 2022. The Economic Forecast Agency predicted its price range to be from $0.30 to $0.37. Another prediction agency, Trading Beasts, has estimated its growth to be between the content of $1.18 to $1.74 by December 2022.