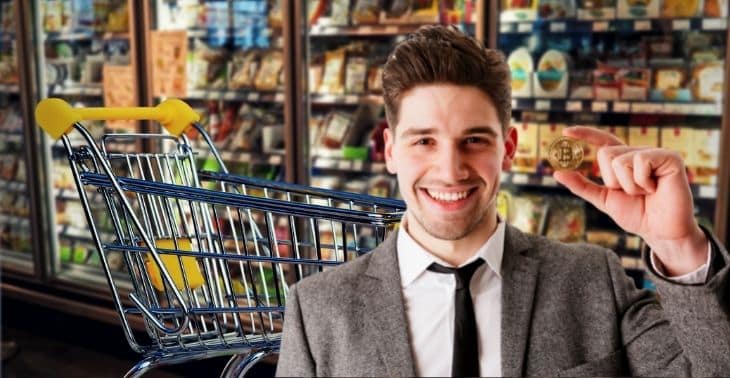 In the past year, the value of Bitcoin has risen dramatically from less than $10,000 to over $60,000. Currently, over 100,000 retailers worldwide have payment systems that enable Bitcoin transactions. These include big names like Microsoft, AT&T, Home Depot, Expedia, Overstock, and Newegg. Last October, PayPal announced that it would let customers buy, sell and hold Bitcoin and other cryptocurrencies. Tesla, which made headlines with its $1.5 billion investment in Bitcoin, announced that it would accept Bitcoin as a payment. All in all, you can buy some of the most unexpected things with Bitcoin. On 22 May 2010, Laszlo Hanyecz made the first real-world transaction by buying two pizzas in Jacksonville, Florida, for 10,000 BTC.

Where or How to Use Bitcoin After Buying It?

You can sell Bitcoin for fiat money and cash out the funds into your bank account. If you sell Bitcoin for another cryptocurrency, you could send the altcoins to your personal wallet. You could also hold your Bitcoin for the long term.

What You Can Buy With Bitcoin?

Currently, some Shopify and Etsy store owners accept Bitcoin. Most major online retailers like Amazon and BestBuy still don’t accept Bitcoins as a form of payment but buy products from them using a third-party payment service like Purse. You can use bitcoin to purchase gift cards from services like eGifter, or Gyft and then redeem them at hundreds of retailers, including giants like Nike, Target, and Starbucks.

An added advantage of Bitcoin transactions is that they don’t require too much of your personal information. If you are purchasing physical goods, then all that’s required is your name and address. For purchases of digital items, nothing beyond your email address is needed.

In 2013, The University of Nicosia, a private school in Cyprus, became the first university to accept Bitcoin as payment towards tuition for its pioneering program called “Master of Science in Digital Currency.”

BitPremier is a luxury BTC marketplace where you can buy a villa in Bali or an $11 mln yacht. US luxury jewelry chain Reeds has also started accepting Bitcoin payments. REEDS Jewelers has 60 retail locations in the eastern U.S.

The Golden Gates Hotel & Casino in Las Vegas accepts bitcoin payments at their hotels and restaurants.

Unfortunately, there are very few major offline retailers that are accepting direct Bitcoin payments because Bitcoin doesn’t have the same level of penetration as fiat currencies do when it comes to everyday spending.

Can You Spend Bitcoin, if Yes Then What You Can Buy?

Even though Bitcoin was actually designed as a payment system, it is commonly seen as a speculative instrument. Fans of Bitcoin have faith in the cryptocurrency becoming a viable alternative to many centralized payment systems existing in the market. But Bitcoin still has a long way to go in that regard. Apart from that, if you want to make good money from Bitcoin trading then check out Bitcoin Trader trading platform. It is an automated trading platform which mainly focuses on making good profit from Bitcoin. Please check Bitcoin trader review before you make any decision. Also you can visit its official website to know more about this unique platform.